The story behind Active Automotive 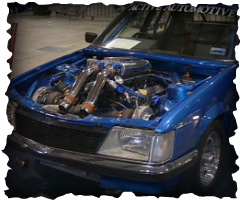 Active Automotive was started by Eddy Tassone in 1996, with 6 years mechanical experience and a motivated drag racer.

After building many 10 second street cars including a standard stroke 304ci VH, A 400ci
HK Monaro, an XC Falcon 378ci and even a 378ci XE falcon the race was on to become the first into the 9's

Between Peter Pike from Ravenswood Raceway, Veem Engineering, and Nitrous Formula they came up with the Street Fighter of the year award to encourage the first 9 second street car and after a hand full of passes my newly finished SLR 5000 Torana powered by a N/A 383 Holden engine was crowned as WA's first 9 second street car with a 9.85@140mph and then went on to run a best of 9.58 @143mph before we started to experiment with nitrous. From there the Torana went on to run a best of 9.07@153mph with a 150hp nitrous shot

Next was the VH commodore, with the power plant from the Torana, it ran a best of 8.83@151 and became the first 8 second street car in WA.

With drag racing under our belt we decided to give HP Hero's at Summernats a try and being from the West Coast we were referred to as the underdogs...That all changed when we walked away with HP Heroes trophy in the highly scrutinised event with 1376rwhp on unleaded pump fuel and the first time 1000+rwkw was recorded on a Dyno Dynamics dyno.

From there it was nonstop controversy, critics saying the car could not sustain multiple runs and would not run mph etc.
Straight to the track again to prove the critics wrong the car run a massive 8.11@176mph to become the fastest 10 inch tyred, standard suspension car in the world at the time and and breaking the Super Sedan MPH record at the Motorplex. 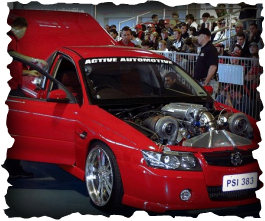 Then with a series of Dyno comps around Australia, both the AME and Holden V Ford shows, the car went on to win 3 years straight, as well as being the first car to make over 1000rwhp in every state bar NT, with a combined 120 1000+hp dyno pulls for crowds all around Australia putting to rest the reliability rumours including another Summernats win at Summernats 18

From here the workload at the shop took all of my time. Drag racing and dyno comps were sidelined while we established the workshop to what it is today, with all the latest equipment in house specialising in the LS series from VT to VE, as well as current model test vehicles in auto and manual form to achieve the best results to pass on to our customers...WE DONT USE CUSTOMERS CARS AS OUR TEST VEHICLES